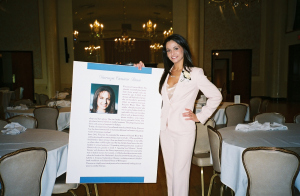 The Jefferson Awards, Delaware’s Salute to Service, will be held on Monday, April 29, 2019 at 6:00 pm at The Queen on N. Market Street in Wilmington, Delaware. For nearly 50 years, The Jefferson Awards have been honoring those who put others first. Those receiving Jefferson Awards are empowered to do more, while their stories of extraordinary public service inspire others to action.

Over the past four decades, the list of Jefferson Award recipients is unparalleled. They include hundreds of national figures — both public and private —more than 62,000 unsung heroes, and tens of thousands of employees and young people in communities across the country. These individuals represent the good that is happening all around us, in every community across the nation. 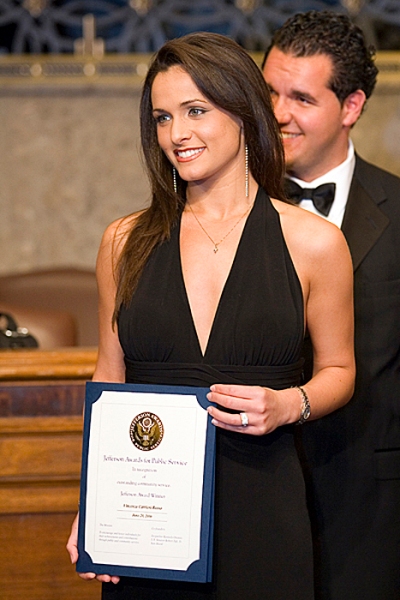 For her outstanding community service efforts, Success Won’t Wait’s co-founder Vincenza Carrieri-Russo (pictured) received the prestigious Jefferson Award in 2006. Along with representatives from across the nation, she was honored at a Gala Awards Ceremony in Washington, D.C. where she was also named one of the nation’s Top 5 volunteers and the recipient of the Jacqueline Kennedy Onassis Award for Community Service Benefiting Local Communities.

To learn more or to book tickets, please visit Multiplying The Good.

Founded in 2002, Success Won’t Wait, Inc. is a not for profit literacy program based in Wilmington, Delaware. The organization’s mission is to encourage reading, particularly by children. Success Won’t Wait volunteers organize used book drives, calling on ordinary citizens to donate used books for redistribution in the community.

Since 2002, Success Won’t Wait volunteers have collected over 1 million books, with approximately 6,000 of those currently awaiting distribution.